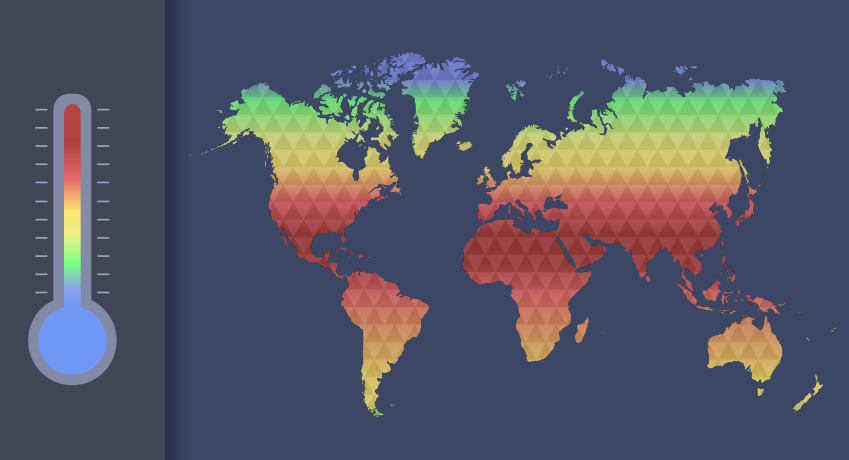 The term global warming first appeared in a 1957 newspaper editorial, however, the true meaning of the term was unknown to a lot of people. In a 1975 newspaper, an article read “Climatic Change: Are We on the Brink of a Pronounced Global Warming?” Earlier the term used by scientists regarding the human activities impact on the climate change was “inadvertent climate modification.” Scientists knew that human activities will have an effect on climate change but they were not sure how it would manifest. . Industrial emissions called aerosols result in cooling of the earth’s surface, while the greenhouse gases cause the warming of the surface but the scientists wondered which one will adversely impact the climatic change.

There is a thin line between the terms ‘global warming’ and ‘climate change’ and understanding their relationship is very important. Global warming is defined as the warming up of Earth’s surface due to the emission of greenhouse gases. In simple words, when sunlight hits Earth, the surface gets warmed up. At evening or night time, the heat is released into the atmosphere. During this process, some heat gets trapped in the atmosphere due to the presence of greenhouse gases such as carbon dioxide, carbon monoxide, etc. This phenomenon of heating up of the Earth’s surface due to the presence of greenhouse gases is called the Greenhouse effect. Over the last four decades, the average temperature of Planet Earth has increased by over 1°C. While this seems insignificant to humans, the effects on nature is huge,

Climate change is a broader concept than global warming and reflects that the presence of greenhouse gases does more than just warm our planet. Climate change refers to the side effects of Earth’s rising surface temperature such as melting glaciers, heavier rainstorms, frequent drought, changes in sea level, intensification of the water cycle, stress on plants and animals, etc. Global warming is just one symptom of a much larger human-caused climate change.

In the planet’s 4.5 Billion-year history, it has experienced long cold periods called the “Ice ages”, and long warm periods called the “Interglacials”. Nowadays, the rise in Earth’s temperature is not due to the natural causes such as solar forcing(difference between the solar energy absorbed and radiated back by the surface of the earth) or volcanic eruptions, it is due to the heat-trapping gases that we are adding to the Earth’s atmosphere by burning fossil fuels.

The adverse effects of global warming and climate change include heat waves, droughts, floods, heavy snowfall, ocean acidification, etc. The shifting temperature patterns can also lead to the extinction of various animal and plant species. The worst effect of global warming and climate change remains the depletion of the ozone layer which was first noticed in the year 1985 when the scientists shocked the World by announcing the discovery of a huge hole in the ozone layer over Antarctica. Once the ozone layer is depleted, nothing protects us from the harmful UV Rays.

Today’s global warming situation is unprecedented and leading to some adverse effects on the planet. These side effects are likely to have a much greater impact on society than just temperature change alone. Whether referred to as the “climate change” or “global warming”, the consequences that are currently being observed on Earth are undeniable.

But all is not lost, there are a few steps that we all can take to make some minor changes in our lives which can actually help in preventing the sudden climate change like, take public transport while commuting, get on a cycle, share a car, or even better, get an electric vehicle, make use of renewable energy, harvest rainwater, create groundwater discharge, effectively use of available electricity and stay informed.

Divesting from fossil fuels and investing in renewable resources can help spread awareness about sustainable living and its importance. Some small lifestyle changes such as switching to energy efficient bulbs and looking for energy star labels while buying appliances can help in the unnecessary wastage of non-renewable energy. The most important thing is to tell your story to other people and make them aware of climate change.